New Picture of Dane DeHaan as The Green Goblin!

Well well well, it appears that the folks over at Sony, Marvel or whoever the hell owns this property nowadays,  feel as is you haven’t been bombarded by enough marketing and promotional materials already for the upcoming Spider-man-reboot-sequel-retelling, the upcoming Amazing Spider-Man 2, so they are here to give you even more! I mean we have seen images, posters, trailers, clips, featurettes, finger paintings, Etch A Sketch sketches (close enough Paul… “A” for effort) and just about everything you can think of for all the characters in the new movie. At least this time, they give us something good. Behold, the new Green Goblin! 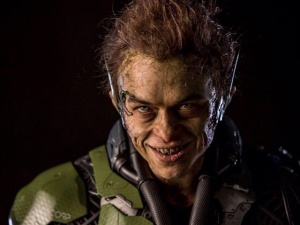 Oh yes. She will be mine.

Just released is a new image of Dane DeHaan as the Green Goblin, and if I do say so myself (I do, I do say so) he looks pretty bad ass. And that is coming from me, the guy who pretty much ripped apart the first Amazing Spider-Man, and this whole new trilogy because WHY ARE WE DOING THIS AGAIN ALREADY!!! But I digress…

At least we can say that they finally got the right actor and the right look for the Green Goblin. I think we can all agree that Willem Dafoe is an awesome actor, but come on… you can only do so much when you have to wear THIS ON YOUR FACE!!! 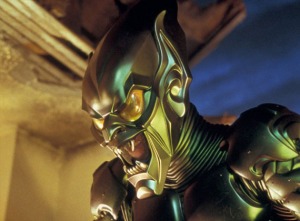 This is on my face.

Now don’t get me wrong, just because I think DeHann looks awesome as the Green Goblin and they have done a great job designing the character… That doesn’t mean I’m on board with Amazing Spider-man 2. Not one bit. I think its going to be a convoluted, disjointed mess. Usually you don’t get this mush shit crammed into a movie until the 3rd installment in the series, but this is only number 2! I cant even imagine the mess that is going to be Amazing Spider-Man 3, with all the stuff they will have to shove into that movie to start really setting up their spin off movies, and setting up all those characters! AY DIOS MIO the agony!!!

Anyways, ill try to not get too ahead of myself. For now, lets wait and see what Amazing Spider-Man 2 has to offer, at least so far, we know it has a kick ass looking Green Goblin! The Marc Webb directed Amazing Spider-Man 2 opens May 2nd, 2014. And Paul and I will be there with bells on… and his Etch A Sketch.

Let us know what you think about the new look in the comments below!

Miss us?  We’re back!  After being gone just as long as it takes Peeta to paint his mossy camo arm, Cinema Recon returns to review The Hunger Games: Catching Fire! (0:05:20)

Also, Christopher Nolan has finished his epic Batman trilogy, and all the shark-repellent-bat-spray in the world couldn’t keep us away!  It’s the Cinema Recon review of The Dark Knight Rises!  (1:01:30)

Nothing to See Here, People

I just wanted to take a minute to let everyone know that I do NOT have 6 new stills of Prometheus to share with you.

I also do not have a new picture of Bane as he glares forward with muffled rage.

There are no new character posters here for The Amazing Spider-man, and I certainly wouldn’t think you’d find an Instagram-style pic of Peter Parker…because that would be ridiculous.

You will also find nary an MIB3 featurette, extended Prometheus featurette, or new Snow White and the Huntsman movie clips.  All of that would just be excessive.

No, I think I’m just going to save the last 17% of these films that we haven’t seen for the theaters.  You’re welcome.

Today on the show, we stare Ghost Rider: Spirit of Vengeance straight in the flaming dead eyes and say “That’s enough Nicolas Cage!”  (07:29)

Also, what happens when a cyborg holds the key to a young boy’s destiny??  The battle for the future will be fought in the past…in Cinema Recon’s review of Hugo!  (42:40)

Today on the show we have BIG news!  Cinema Recon will be taking our show on the road and attending South by Southwest this coming March!  We are also proud to unveil our new logo this week!  And don’t forget about our upcoming LIVE broadcast during the 2012 Academy Awards February 26th!  (02:50)

Cinema Recon explains why there may be more danger than you think in Safe House!  (12:20)

Over at ComingSoon.net, I just saw that leaked images of The Lizard, from the upcoming Amazing Spider-Man, have made their way onto the interwebbings. …or I should say, leaked images of a guy wearing a Lizard Halloween costume. If you thought the Pez version of The Lizard was bad, you may want to look away: 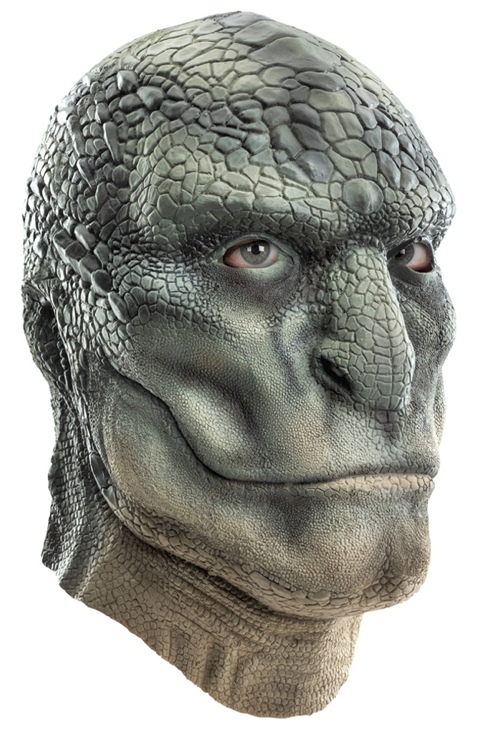 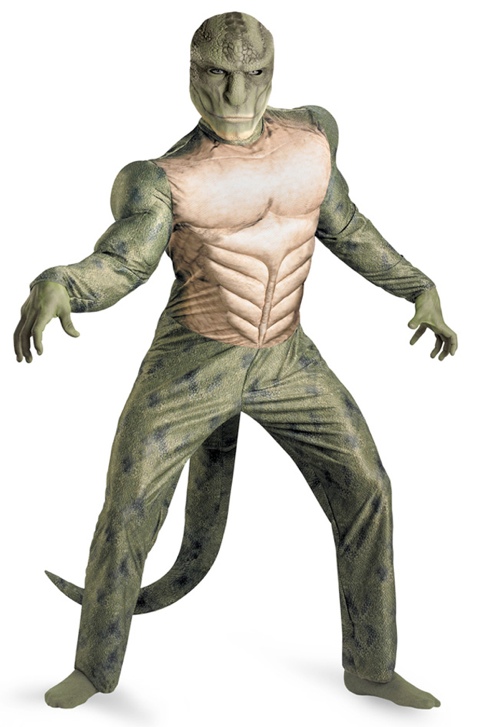 Holy shit. He looks like he’s concentrating really hard on something. Either that or he’s constipated. Isn’t The Lizard supposed to frightening?! This is about as scary as a character from Wind in the Willows.

We see stuff like this all the time: early peeks at otherwise secretive portions of films coming from toys, costumes, lunch pails, etc. With the amount of marketing that goes into one of these blockbusters, it’s gotta be harder than ever for a studio to keep their arms wrapped around the entire thing.

Even without an official response from Columbia Pictures, I would say these are probably a pretty accurate look at what we will get in the final film. I am going to withhold any further criticisms until I see the final movie but….oh man. A lot of people have already made the observation that he looks like one of the Goombas from the atrocious 1993 film Super Mario Bros.

They are (unfortunately and hilariously) spot on. 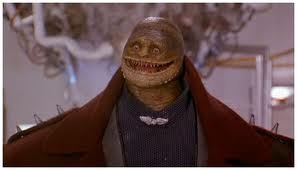 Check out ComingSoon.net for the full story and additional images.

The Amazing Spider-Man is only mediocre at swinging from shit.

All the Internets are buzzing right now with the new and improved trailer for The Amazing Spider-man. In all honesty, and if you’ve been listening to any of the shows, or hanging around outside my living room window (please stop), I am not looking forward to this movie all that much. I mean yes, I am looking forward to it in the standard amount I guess, but I really have no excitement built up for this movie.

I cant quite figure out why I am not excited though. Maybe its because they started moving on this reboot before Spider-man 3 was even released in theaters. Or maybe because I’m not buying the emo, dark depressed, me against the world Andrew Garfield – the kid who plays Peter Parker. Or maybe its because, for the love of God, it still looks cheesy as all hell seeing someone swing from buildings!!!

I don’t understand how this could possibly be difficult! Michael Bay can use CGI to turn a Rubik’s cube into a god damn robot the size of the Sears Tower with more moving parts than the number of plastic surgeries Joan Rivers has had, but for some unknown reason nobody can seem to make the simple physics of an object swinging up, and then swinging back down look real! Its ridiculous!!!

Either way, as Paul and I say after talking about a movie that we really aren’t all that interested in… I’ll see it. And you know what, I will probably think its OK. But I promise you this… I WILL be covering my eyes during all “swinging from buildings and shit” scenes. 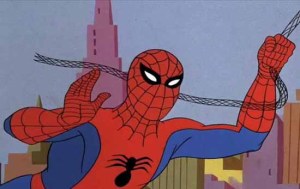 Don't be mad Jake. Its not his fault he cant swing like meeee!

Today on the show, we wonder why movie monsters can’t have tiny, little arms and tell you just what is so super about Super 8!  (07:47)

We also poke Jesse Eisenberg on the FaceSpace and give you our EXPLOSIVE review of 30 Minutes or Less!!  (47:11)

Leave a comment   |  tags: 30 Minutes or Less, Flight of The Conchords, Starship Troopers, Super 8, The Amazing Spider-Man, The Tree of Life, The Twilight Zone, Tim and Eric's Billion Dollar Movie, Tucker & Dale vs Evil | posted in The Show