Possibly The Worst X-Men Picture, In All of Movie Marketing…

Good morning internet, just how the hell are ya? That’s nice, now listen to me. I checked the internets this morning and I found this terrific little nugget of information on the upcoming Bryan Singer directed X-Men: Days of Future Past. Now, when I first saw this picture I had to check my calendar to make sure it wasn’t the beloved 1st of April. A day for pranks, gags, jokes, and fun for everyone! Because man, this picture SURE IS FUNNY. But alas, no… ‘tis not the 1st of April. It is the 2nd of April, which means this picture is no joke… it is real my friends.

Now let me soften the blow for you a bit, and start with some standard issue, magazine promo cover art. The following picture comes to us via the French edition of Premiere magazine, and it has a nice little cover with young Magneto (Michael Fassbender), old Magneto (Ian McKellen), young Professor X (James McAvoy), old Professor X (Patrick Stewart), and of course our beloved Wolverine who appears as though he is sneaking up behind everyone and is about to rip their heads off. But this cover is pretty standard, nothing to see here really. 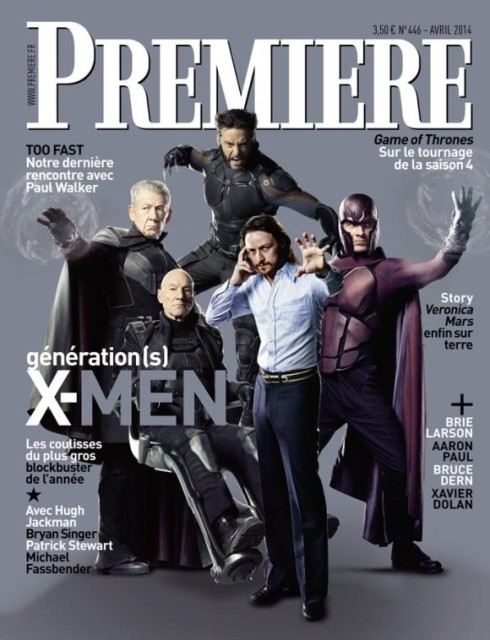 Watch out behind you James McAvoy!!!

The real joke here, is the picture that was released showing us yet again, the new Quicksilver! … O.M.G. followed by a W.T.F…. 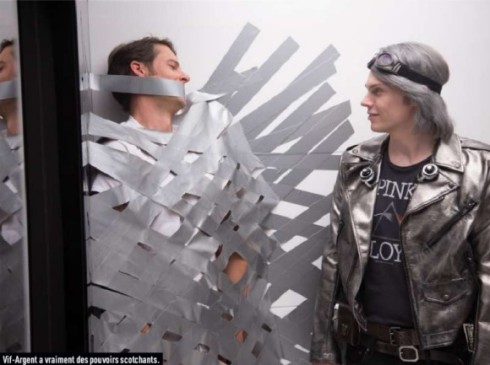 Now you MUST look at me!

In absolutely no way can I take this picture seriously! “Hi, my name is Quicksilver, and NOBODY KNOWS WHY THE HELL I LOOK LIKE THIS.” I really do find it hard to believe that they made Quicksilver look like this, ON PURPOSE!!! And, that they know he looks like this and they continue to release pictures of him ON PURPOSE!!! It’s like Brian Singer lost a bet or something. The most annoying thing about the Matthew Vaughn directed X-Men: First Class was the whiny, wimpy, light hearted and severely out of place teenage mutants/X-Men, and I just really hope that they do something with Quicksilver because just on his looks alone he is already annoying the shit out of me! But Quicksilver’s retarded looks aside, even the picture itself is a BAD PICTURE! How on Earth would they let this be released as a promotional image for the movie!? It’s the most bland, boring, show me nothing tell me nothing piece of movie marketing I have ever seen! You can see what this version of Quicksilver looks like compared to the Quicksilver in the new Avengers: Age of Ultron here, but I warn you, it’s not much better.

X-Men: Days of Future Past opens May 23rd, 2014… I’ll be the guy in the audience constantly yelling, “YOU LOOK STUPID!”