The Rock as Hercules?

MGM is seeking a lead for Bret Ratner’s Hercules, and they may have found him in The People’s Champion. 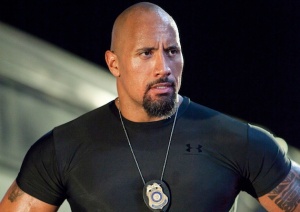 Variety tells us today that Dwayne “The Rock” Johnson (no matter how many times I hear that full name, I laugh) is in discussions with MGM to be the titular (I laugh when I hear that too…don’t judge me) half man, half god.

I know what you’re thinking, and it’s true: this would be a first in the portrayal of Hercules in cinema.  What a bold move for the studio!  I hope you’ll join me in commending them for hiring an actor who, for the first time ever in the role of  Hercules,  was also the Tooth Fairy.

Hey, my kids gotta eat too!

Bravo, MGM.  You’ve given inspiration for millions of other freakishly strong guys out there who have sold out for boatloads of cash.

In all honesty, I like The Rock (just not enough to see Journey 2).  Remember his cameo in the Reno: 911 film?  Hilarious.  And I would be excited to see a new Hercules film.  Is it wrong, though, if I really, really want it to look something like this?…

Paul produces and hosts a film/comedy podcast on CinemaRecon.com! He also produces and hosts a gaming podcast on BitFixRadio.com! END_OF_DOCUMENT_TOKEN_TO_BE_REPLACED
This entry was posted on Thursday, February 23rd, 2012 at 2:13 PM and tagged with Dwayne Johnson, Hercules, The Rock and posted in Banter, News, Paul. You can follow any responses to this entry through the RSS 2.0 feed.
« New Wrath of the Titans Trailer!
Act of Valor – a movie and a necessity »

4 responses to “The Rock as Hercules?”