Independence Day 2 and 3 will not Depend on Will

ID4 is sort of a special movie for me in particular.  It came about during a time when I could not possibly have been more excited to see aliens engaging in aerial dogfights with F-16s.  I eagerly anticipated its release and followed every bit of news I could about the film at the time (which was often difficult in 1996, without the internets!).  During the summer of ’96 I was also in the UK for a student exchange program, so I had to wait just a bit longer before I’d get to see Jeff Goldblum bypass the firewall and hack an alien mainframe (no simultaneous release overseas).  I can distinctly remember being at a London payphone and asking my parents to go see the movie just so they could tell me about it at 90 cents a minute.  Ah….to be 14 and in love (with alien movies). 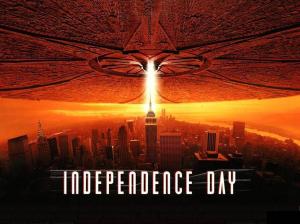 Now all that being said, Independence Day is not a good movie.  Sure, people my age with similar stories may remember it that way, but upon another viewing, we understand that time is a funny thing.  Its like going back to Chuck E. Cheese’s when you are 25.  Everything was exciting, shiny, and fast! …Unless you are above 4 feet tall, then its all just loud.  ID4 had some great special effects, especially for the time, but damn, it is difficult to sit through now.  From cheesy one liners to slow motion leaping dogs…best to keep it on the shelf rather than tarnish your fond memories of the White House being demolished.

Now, 15 years later, I learn (courtesy of Vulture) that Fox will be making not one, but two sequels to ID4 simultaneously.  Great.  Fine.  I’m all for it.  I will not complain at all when we get two more summer fluff action films, since the original was just that: a summer fluff action film.  I’m actually quite surprised this hasn’t happened sooner.  …Or am I?  It seems the reason lies with the headliner, Will Smith, who had been seeking $50 million to shoot them back-to-back!  Bananas!  In addition, it is also said that he wants his wife and daughter in the films.  Now, if you’ve earned your stripes, and certainly Will Smith has, I’m all for you negotiating the heftiest price tag that someone is willing to pay you.  However, when you start sticking your fingers in other portions of the pie, like dictating how casting should commence, I begin to sympathize less.  Get a goddamn babysitter. 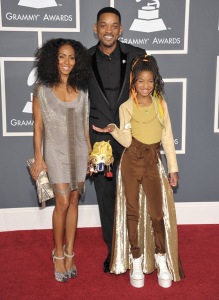 So now Fox is prepared to begin moving along with this project with or without Will Smith.  Which is good and bad.  I do like Will Smith, and I would love to see him dress in black and get jiggy wit just the two of us in the wild wild west while welcoming aliens to Earth, but that money certainly could be helpful in putting forth a better all around film.  Does Independence Day need Will Smith?  Or can it survive enough on name alone?  It would certainly be a big risk to have no Will, film two huge movies together, then watch the first of the two tank.

Either way, I will definitely go see these.  Unless of course I am out of the country.  Then I will call my mom and have her tell me all about them.